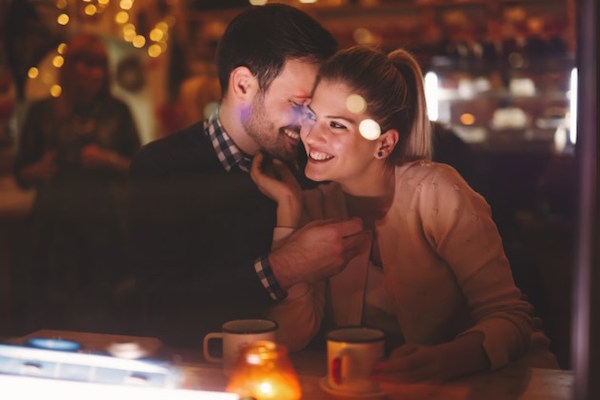 When it comes to trying out relationships, many times they work and many times they don’t. Depending on how long the relationship lasts, it can take time to heal and recover from it, and the longer the relationship, the longer it usually takes to get over it. Many times after break ups, we feel hurt, angry, bitter, and sometimes it’s hard to detach from the situation. As well, sometimes it’s hard to detach even solely on an intimate level. After a breakup, people are supposed to fully disconnect, and even if they’re going to remain friends (which isn’t always possible), usually the couple needs a little time apart first, so that they can heal from the relationship. During that time of healing, I don’t recommend that anyone dates or explores a new relationship whatsoever. As well, I don’t recommend that people have hook ups or get into situations where they just want to have “fun,” and become intimate with people without wanting anything more than empty intimacy.

One type of transitional relationship would be exploring a new relationship before you’re ready, and without giving yourself time to heal from the previous one. This is the type of transitional relationship that’s usually referred to as a rebound relationship. Generally speaking, people look at rebound relationships as a way to help themselves get over their previous situation, so that they can indeed move on from it, and so they don’t carry around a lot of pain and heartache. They’re basically trying to make it easier to get over their ex.  I don’t promote having rebound relationships like this. Like I said before, I believe in giving yourself an adequate amount of time to heal, working on yourself, reflecting on all of the things that didn’t work out from your previous relationship, and to try to understand why it didn’t work out as well.

Another type of transitional relationship is when people are single, not coming out of any recent relationship, open to an unexamined relationship (and you know what Socrates said about the unexamined life, it’s not worth…), and open to getting into situations that will never turn into something serious or meaningful. In a nutshell, many people have a certain mindset, know what they want in their future partner in life, and are hoping to settle down and get married with that specific type of person. However, and in the meanwhile, being that they haven’t yet found that person that they hope to meet, they’re open to hooking up with one or many people, despite the fact that it will lead that person and them nowhere, as far as having a feature goes. In other words, while they’re not looking for anything serious, they fool around, and become intimate with one person, or many people, until they find that one special person that they hope to settle down with.

Generally speaking, when people decide to explore situations that lack genuine feelings of love, my belief is that it does something to a person’s soul. It makes them feel as though it’s the norm, and it takes away from a pure and enlightened state of being. People will start to perceive love and relationships differently. Feeling that it’s okay to embrace empty love/intimacy makes people feel safe to disconnect from their true emotions. It can lead people into a downward spiral, to a disconnect so to speak, and into a state of numbness, instead of going into situations with an open heart.

Many times, when people explore this type of situation, whether they’re a man or a woman, they’re likely to lead another person on into thinking that they want more than a meaningless, unexamined relationship. The reason being is that many people aren’t clear about their intentions from the get-go. This is why it’s so imperative that people are direct and honest about their intentions. Even if someone’s intention is to ultimately settle down, get married, and have babies, their intention with a specific person might be something more along the lines of a transitional relationship like the one I’ve been talking about. In other words, despite the fact that a person may want to settle down and have a meaningful relationship, letting you know that that’s their intention, it might not be their intention with you.

If you’re just getting out of a relationship, then you’re likely going to need some time to heal. If you’re single and you have been for some time, and you don’t carry wounds from a previous relationship, then it’s important to know what you want, to be direct, and to be brutally honest about your intentions to the people that you date, hook up with, or get into a relationship with. These three factors are imperative in almost everything that I write about, and that’s to be direct, honest, and to know what you want. It’s unfortunate that many people will lead others on into thinking that they’re intentions are pure, when they’re nothing more than players with marital intentions. Having said that, it’s important to protect yourself, by going into every new situation with caution.

Despite what type of transitional relationship it is, I don’t believe that any of them are healthy. Think about it, even if both people are direct and honest about their intentions, it’s still something that will be nothing more than empty love, where there’s nothing more to gain. The most that you can gain from a transitional relationship is a temporary relief from pent-up desire, empty closeness, and loneliness that will haunt you, even if not at that very moment, soon enough it will indeed haunt you, and especially if you get used to someone that you’re having empty intimacy with.

Rebound and transitional relationships usually leave one person hurt. There’s no need to cause people pain in life. If anything, it’s important to try to avoid causing others pain, while still trying to find happiness for yourself. There’s no need to be selfish when it comes to trying to make yourself happy, and you shouldn’t be okay with having unexamined relationships in my humble, little opinion. Having said that, I do realize that many people are not looking for anything serious, and are just looking to hook up, have fun, and fool around with others. Despite what I write or think, many times it’s going to happen anyway. What I’m truly trying to get across here is that even if you’re interested in having transitional relationships that are temporary, and unexamined, it’s important to be direct and honest to the person that you’re going to be having them with. 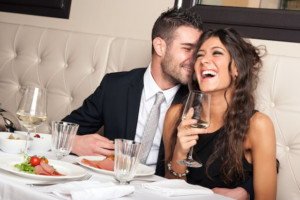 When Intimacy Is Used as a Weapon
Some people withhold intimacy because they have ulterior motives.