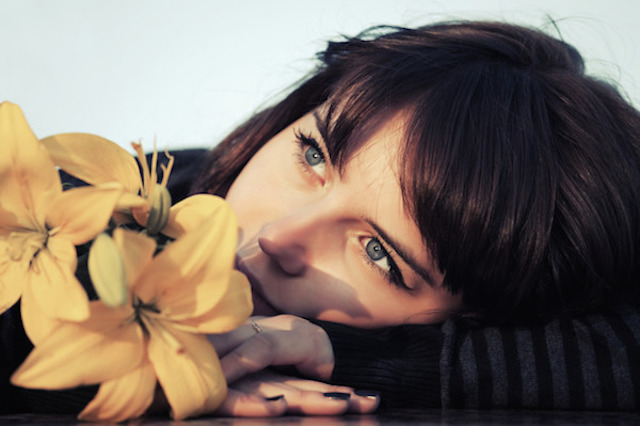 Pat Benatar was right! Love really can be a battlefield at times.

People lie. There’s really no way around being lied to. There’s no way to prevent people from making promises that they don’t keep. People will take advantage of you, and many times, you can only prevent it so much. There’s no way to change someone who’s manipulative, deceiving, selfish, or who tricks you and has ulterior motives into someone who’s honest, has pure intentions, and who keeps their word. In other words, there’s nothing that you can do, and there’s no power that you hold that can turn someone into an honest and decent person.

The only things that you can do is be strong, resilient, and learn, not only from your own mistakes in life, but also from the mistakes of others, from their wrongdoings, and from the things that they’ve done wrong to you. You can’t become vengeful. I mean, you can, but you’ll end up getting yourself into a crap load of trouble, where you’ll likely end up suffering for it later, and probably living a life full of misery and regret. So don’t be hasty or a mental case by doing anything stupid when someone lies to you, hurts you, or even uses you for sex, money, or anything else.

Revenge has no reward at the end of the day. So trust me when I tell you to think of the consequences of your words and actions, and remember to value and appreciate all of the good things that you have in life. Don’t take all of the good things in your life for granted, because of some dumbass that might’ve hurt you or taken advantage of you. It’s not worth it. Don’t stoop down to the negative and toxic level of others, because you’re better than that. Don’t turn into a hateful person. I’ve always had a motto that when someone hurts me, the worst pain that I can cause to them is to take away my love and my very essence, and to completely disconnect from them. Nothing hurts more than the loss of a person, and if perhaps someone doesn’t care about losing you, so be it, and give your beautiful energy to someone who will.

Take a deep and long breath, hold it, and with all of the goodness and purity in your soul, exhale all of the negativity that you’ve experienced. I know that it hurts, but the reality is that you can’t do anything about the past, or what you’ve experienced including all of the pain that you currently might be enduring. I feel for you. If you’re the one going through a difficult time right now, or if you know someone else who might have been hurt, and if their hurt is possibly affecting you or taking a toll on you now, I feel for you, and you’re not alone. But as a wise man once said, “This too shall pass,” and “There’s light at the end of the tunnel,” and G-d Willing, the sun will indeed shine tomorrow morning. You’ll have a clean slate, bright, beautiful new beginnings filled with endless possibilities and opportunities to start all over again.

It’s unfortunate that we don’t have the power to make dishonest people into honest people, or to change people for the better. And even when you show them by your own actions and words what type of person you are, with hopes that maybe they’ll see the light, as well as your example of what an honest, pure, and decent person should act like. It would be great if it were just that easy, so that we would all be the best versions of ourselves and not hurt other people. But unfortunately, life doesn’t always work out that way. We can’t change others, and we can only change ourselves.

Being that we can only change ourselves, and become the best versions of ourselves that we can be, there’s only one other thing that we can do, which unfortunately, has nothing to do with what we’ve already experienced and the pain that we might’ve already had to endure in our lives. What we can do is prevent letting others take advantage of us or hurt us in the future, and as much as possible. Don’t get me wrong though, you can’t expect to fall in love or to find true happiness in life if you’re going to build an emotional wall, not trust anyone, never let your guard down, or not let yourself be vulnerable enough to develop feelings for someone new.

The only way to truly fall in love is to be vulnerable enough, and to risk getting hurt. But to do that, you need to have an open heart. This is why you need to proceed with caution, and to go into every situation cautiously, and at a comfortable pace, until you really know who a person is and what they’re really all about. Like I said before, people lie, and some people are very manipulative and selfish, and they just might do anything in their power to get what they want from you, even if it means hurting you in the process.

It’s important to be the type of person who you would like to meet. You can’t expect to be with someone who’s honest, authentic, keeps their word, and who’s genuine and sincere, if you’re not going to be that type of person yourself. But if you are that type of person, and your intentions are pure, then you need to go into situations with a certain amount of caution. And while you should let your guard down and be vulnerable enough so that you’ll be able to fall in love and let someone see who you really are at your core, you should still be cautious to a certain extent, because not everyone is going to be pure and good like you. Some people will try to take advantage of your purity and see you as vulnerable or a simple type who’s a sucker for words and empty promises perhaps, instead of appreciating you for the decent and authentic person that you are, like they should.

When you’ve been lied to and hurt before by others, it’s important that you give yourself enough time to heal, and to recognize the fact that not everyone is going to hurt you or be that way. You need to truly understand that not everyone will treat you poorly simply because one or two people might have. You should do everything in your power so that you don’t end up building an emotional wall. But instead, you should try to learn from your experiences, and grow from them by going into new situations with caution. Don’t bring baggage or wounds that haven’t been healed yet into new situations. Every new situation deserves a blank, clean slate, and no one should have to deal with the baggage or wounds that you might’ve experienced from previous relationships where you might’ve been hurt.

Everyone has experienced pain and been hurt to some degree. And everyone has even had their heart broken at times I’m sure. But you can’t let one, two, or even many heartbreaks affect the rest of your life, including the possibility of a future relationship. The past is dead and gone, so it’s important not to let the past weigh you down, haunt you, or carry-on into your future. Again, we should try to learn and grow from all of our experiences, especially our bad ones, so that we can be a better person, but also so that we’ll be more cautious and aware the next time that we start something new. 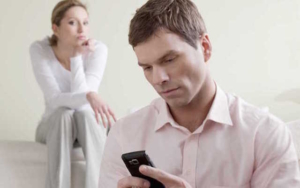 When You Catch Your Partner in an Online Dating Site
Um, did someone forget to deactivate?