If you want anything in life, you should go after it. Create a game plan, and go after whatever it is. Things don’t just fall into your lap. At least not really good things. And if we sit back and wait around for things to just naturally happen or fall into place at times, we likely won’t get what we really want. Again, the only way to get what we want is to simply go after it.

When it comes to dating, as I’ve written before, I’ pretty old school and I have an appreciation for when a man pursues a woman. Having said that, there was some controversy on one of my recent articles, “Men Must Pursue Women,” and I felt the desire to expand on it. I have somewhat strong views on why men should pursue women early on in dating. But it seems that some people are becoming offended by them? Anyway, moving on…

One Person Must Pursue and Take the Lead

Now, I’m not really sure how some people started the drama in the comments of assuming that I’m saying that it’s O.K. to pursue someone to the point where there needs to be legal action taken. Wow. There’s no need to read into what I write any further that what’s written on the pages. I’m direct. That’s the fun part of being me, and writing the way that I do. I write what’s on my mind, and in a direct and honest way.

When someone is definitely not interested, why should anyone bother pursuing. They shouldn’t, and especially if it’s been made clear by the other person that they’re not interested. However, if you don’t know if someone is interested yet, you need to pursue them to find out, and so that they’ll know that you’re interested.

As far as a woman showing that she’s interested, she should, she must. How else will a man know whether or not to pursue her. There’s no need to play games. When a woman is interested, she can do many things to show a man. She can be friendly, flirty, and extra sweet. She can be open to conversation and communicate her thoughts, feelings, and try to keep a conversation going when he initiates or vice versa. But mainly, she needs to do the one thing that I left out in my previous article—she needs to pursue him right back.

The best way to have balance and to make each other feel wanted and desired, is to keep things authentic and real. But also, the person who’s getting pursued needs to let the person who’s pursuing them know that they’re interested by how they respond to what they say and do. If they ask you out, find it in your heart to be genuine, sweet, and kind. “Go out to dinner with you? I’d love to!” And don’t forget to be appreciative.

Although I believe that a man should pursue a woman early on, and be a chivalrous type of man, a gentleman and all, a woman has a role to play as well. She needs to be sweet and appreciative. But also, things should never be one-sided in a situation, where one person does all of anything. There needs to be balance in every situation for there to be true happiness. Therefore, when I say that a man should pursue a woman early on, this doesn’t mean that he should be the only one showing his feelings. A woman must show her interest as well.

I wanted to respond to one comment that I saw on the article I’ve been referring to. He wrote, “Men usually don’t know the woman well enough to consider her very valuable and go out of their way chasing her.” Everyone is valuable. Everyone. Whether or not you’re the right match for one another is something that you’ll need to discover and figure out. But until you know someone on a deeper level, you won’t know who will be your best possible match. But as far as being valuable, everyone is worthy of love, kindness, respect, and being treated well.

Last but not least, just remember that men and women both have roles in dating and relationships. If both people are playing the same roles and doing the same things, things won’t be balanced. It’s pretty simple really—when something needs to get done, you do it. When you want something or someone bad enough, you do whatever it takes, and you go after it. So whether you agree with me and how I personally live my life where a man pursues a woman, or whether you have your own beliefs as to who pursues who, one person needs to do the pursuing early on. But remember, the other person needs to show that they’re interested and again, they need to pursue them right back.

4 thoughts on “What It Means to Pursue a Love Interest” 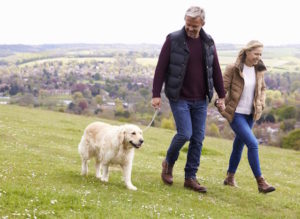 Why Age Is a Beautiful Thing
Why getting older isn't such a bad thing.