If you love someone, you should show them through your words and actions. I always write about how actions speak louder than words, and why there needs to be a healthy balance between the two. But when it comes to how you talk, the tone of your voice plays a big role in how someone will respond to you. You can say something direct and completely honest while remaining kind and controlling the tone of your voice. Many people are unaware of how much the energy that we give off to others matters, and just how much of an effect we could have on someone by our approach in the way that we speak. We can just as easily be sweet, as we can be cruel.

There are some people who have an immense amount of control over the tone of their voice when it comes to saying things in a sweet and soft-spoken way. But many times, those very same people who are so soft-spoken and talk in such a sweet and kind tone, are also the types of people who end up saying some of the cruelest and heartless statements. And those types of people might think that because they’re speaking in such a kind and sweet tone, that what they’re saying doesn’t provoke someone to the same harsh extent and cause just as much or even more damage and pain to someone than it would if they were screaming at them.

There should be a good balance between what you say and how you say it. The tone of your voice is important, just as much as what you’re actually saying. They say that you can get more with honey than with vinegar, which basically means that when you’re sweet, loving, and kind, you’re bound to get further or more likely to get what you want. And sometimes getting what you want, is merely being understood in a conversation.

No one wants to listen to someone who they feel is bullying them or forcing them to listen. And just as well, no one wants to feel that they can’t get a word in, as if you’re doing all of the talking. Part of having good communication is speaking in a kind and loving tone, choosing your words wisely, and listening to the other person when it’s their turn to speak.

Many times, it’s simply hard to get our points across to others when we speak, because either what we say is too harsh or direct, or perhaps because the tone of our voice can be so dominant, demeaning, and where many times, people might come across as bullies or just simply nasty. And the problem when someone speaks in such a harsh tone is that most people won’t want to listen to what someone has to say, because of their approach. But then again, when someone speaks in a soft and sweet tone but says nasty things, they end up with the same outcome.

Remember, there should be a balance when it comes to what you say and how you say things. When you want someone to listen to you, so that not only you feel heard, but so that perhaps they’ll do what you want or at least understand the point that you’re trying to get across, it’s important to have enough self-control and watch the tone of your voice, how loud you speak, the energy you’re giving off when you speak, and what you actually say. 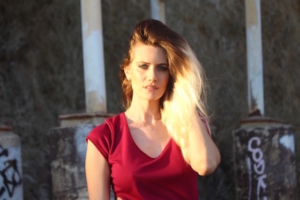 When Someone Gets Your Hopes up, but Never Follows Through
When you're tired of being let down.