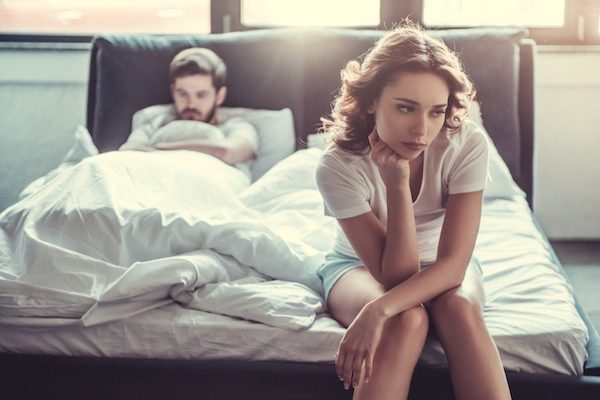 There are so many types of people in this world. There are good people, bad people, and then there are people who are good but do many bad things. Lying for instance, is something that a good person might do, and possibly often, but it doesn’t define them as a bad person. It simply means that they’re a good person who isn’t honest, or one who hides things, keeps you in the dark, and only tells you what they feel you need to know or want to hear. These are the types of people to avoid when dating and in life.

When it comes to dating and exploring something new with a person, honesty is something mandatory, that should be on everyone’s must-have list. Having said that, it’s important to have a “must-have” list, as well as a “nice to have” list. And your must-have list must be reasonable, logical, and include things that you should look for in a person that would be of substance. Things that should be on your must-have list should be qualities that will build a solid and strong foundation for a healthy and happy relationship. Honesty should definitely be one on the must have list.

Many times, people will see the good in others, overlook the bad, and possibly even sweep things under the rug. People tend to give others the benefit of the doubt when there’s a clean slate and when they’re exploring a new situation. And to be honest, that’s the way that it should be, because every new situation and every new person that we date or meet in life deserves a blank clean slate. I mean after all, they don’t have a bad track record. The only time that we should go into a new situation with extra caution, is when someone has a track record of doing bad things, lying, cheating, and even if it’s to someone else.

Communication is one of those must have things that you should look for with another person. As well, it’s imperative to find a person who you’ll be comfortable with in nearly every aspect. You need to be comfortable enough to communicate how you feel with your partner, and to be able to share things with them on a deeper level, and without being afraid or worried that they’ll judge you or think less of you for having an opinion, even if it’s different than theirs. Open communication is something that you should always try to develop early on when dating. You should evolve into best friends with time and open communication. This is truly one of the best ways to build substance in your relationship.

When it comes to communicating your feelings to someone you’re dating or in a relationship with, you need to feel comfortable, because communication is everything. But you see, there are good and bad ways of communicating with someone. Even the tone of your voice matters when you’re talking to your partner or to the person you’re dating. You need to approach conversations in a loving manner and with kindness. You can have the same strong opinion heard and understood by a person if you communicate it in a kind manner, with love, respect, and with poise. This is something that many of us struggle with when communicating to someone. But again, having great communication should start early on when dating. Open communication is something that I highly recommend for all new couples to practice and work on.

We need to have an open heart, an open mind, and an openness to learn all about a person, including the good and the bad. No one is going to be perfect in this world and that something that we need to understand and accept. There is no perfect person or relationship. But when you’re with the right person, there should never be lying, dishonesty, or anything as such that would break the trust in a relationship. Trust and honesty go hand-in-hand, so if someone breaks the trust, it’s going to be harder and harder to trust that person, even if you’re exploring a situation with caution.

Many of us have forgiving hearts and will let things slide, forgive, and forget. But then, many people abuse forgiving hearts, take people for granted, and assume that they’ll always forgive them if they just apologize, and for everything that they do wrong. It’s unfortunate, but many people will take advantage of someone’s love, of their forgiving heart, and of how many chances they’re given. We need to be the best versions of ourselves, and care about what type of person we are.

You shouldn’t waste your time dating someone who lies to you all of the time or keeps you in the dark on important matters. Having an open book type of relationship should be the only type of relationship that you’re open to having. Don’t settle for being with someone who leaves you out, keeps you in the dark, hides things from you, or doesn’t tell you important things that you should really know in order to make the best decision for yourself as whether or not to be with them. People need to be honest from the get-go, and by honest, I mean brutally honest. And like I said before with communication, being brutally honest works the same way where the tone of your voice matters. You see, when you’re brutally honest with someone, you can do so with kindness, rather than be the type of person who blurt things out and hurts people with what they say and how they say it.

Last but not least, settling for the type of relationship where a person lies to you all the time, is closed book, and doesn’t let you see who they really are, their authentic self, and what type of person they really are at their core, is a not a good type of relationship. Never settle for less than you deserve in life. And that includes the type of partner you have. Don’t waste your time dating someone who you can’t trust, who lies a lot, or who seems so closed up emotionally that you’ll feel as if you have to dig in order to get the truth. There are way too many people in this world who you could be much happier with, rather than settle for someone who’s dishonest to you.

Know your worth, and know that you deserve more than to be with the type of person who can’t be genuine and honest. When there’s no honesty when dating someone or in a relationship, there’s really no point in staying with that person. If you do, you’ll end up miserable and unhappy. And if you start sweeping things under the rug, that unhappiness will last for a long, long time, maybe forever. Don’t sweep things like dishonesty under the rug, because imploding your feelings and sweeping things under the rug will only make it so that there’s an explosion later or so that you’ll feel an explosion in your soul from heartache, sadness, and ultimately, unhappiness.

When dating someone new, have a conversation with the other person about how much you appreciate honesty in another person. Hopefully that person will see that you’re being genuine. And show the person that you’re being genuine by your actions, and not merely by giving them lip service. Set an example by being open and honest with someone from the get go. But if you’re dating or in a relationship with someone who lies to you all of the time, communicate your feelings to the other person. And if nothing changes, remind yourself how great you are, remember your worth, and know that the right person won’t lie to you. Remember, you’re worth more than being with someone who lies and makes you feel unhappy. 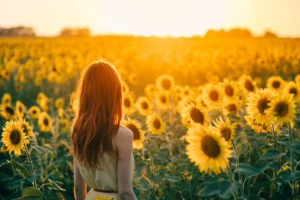 Making Peace – Once and for All
It's time to make peace with the world.